Within the context of the Initiative and in furtherance of the development of an international framework reference that will allow a more coherent and collaborative approach to the understanding, management and protection of rural landscapes, the ISCCL has decided to promote the drawing up of a Principles’ text “ICOMOS-IFLA Principles concerning rural landscapes as heritage”. It encompasses definitions of the rural landscape and its values, action’s principles to ensure understanding, protection, sustainable management, and transmission of rural landscapes as heritage.
This document peculiarity stands in its evolving definition. It can be completed with new international guidelines on specific areas or subjects, in order to develop and update existing issues or to add new ones.
A small group worked on the Principles’ Text after the ISCCL 2016 Annual Meeting (Jeju Island, Republic of Korea; November 2016) till the end of August 2016, producing a First Official Text.
It is currently a document adopted by the ISCCL at its 2016 Annual Meeting in Bath (it is not as yet endorsed by International ICOMOS or IFLA) with the following resolution:
Resolution 15. The ISCCL 2016 Annual Meeting,
(Passed unanimously).

In December 2017, the text of the Principles concerning rural landscape as heritage was finally endorsed and adopted. The document is promoted by ICOMOS-IFLA International Scientific Committee on Cultural Landscapes. It was endorsed and adopted, as a doctrinal text, by ICOMOS (19th ICOMOS General Assembly & Symposium, Delhi, India, 11th-15th December 2017). IFLA World Council adopted the Document on 20th October 2017 in Montreal (Canada).

The document is the output of a large discussion among ISCCL Working Group members and contributions by the International Scientific Committees and the National Committees of ICOMOS (International Council of Monuments and Sites), by IFLA (International Federation of Landscape Architects) and by many experts and International cultural organizations.
It is possible to download the Principles's text in English, in French or in Chinese: 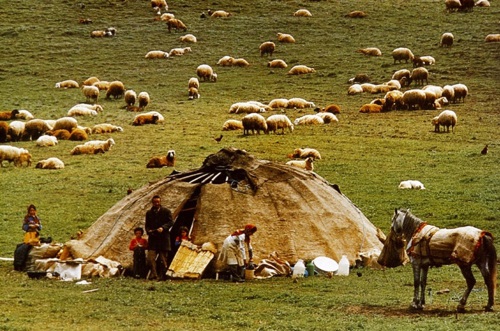